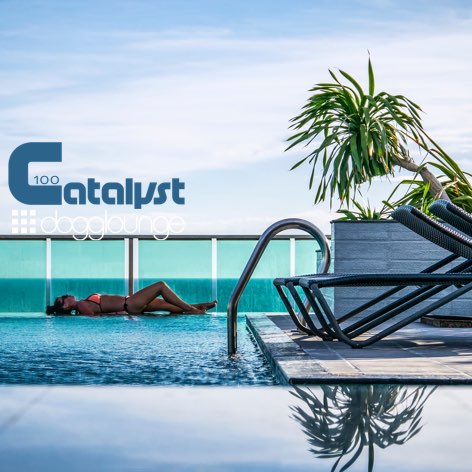 Recorded live both in the real world and here at the station on 2019 July 29.

This is a recording of the 100th set I’ve played at Dogglounge. This count includes sets I played as a guest before I gained a residency here. (My set title here is “C” – the roman numeral for 100. 😉

As a way to celebrate the milestone, I thought I would also play “live” – in the real world – as well as online. Given that my time slot is 4pm Eastern on Sunday, it clearly would not be at a nightclub. But, there is a really awesome rooftop pool here in Boston at the Colonnade Hotel, and given the warm August summer Sunday when my set would be played, I arranged with the hotel to play my set from there. (No, the cover art photo is NOT from that hotel; but for as long as the URL remains live, you can see the venue here.)

One material issue nearly kept from happening: I was in a serious (cycling) crash 8 days prior to this set where I broke 4 vertebrae in my spine, and cracked a rib. Yet, I still wanted to show up for the set. So, I played it in fairly serious pain – which affected my concentration a bit, I’m afraid.

Nonetheless, here it is. Thanks to Jay from the Colonnade for helping make the set happen.

Tracklist at the Mixcloud page for this set.