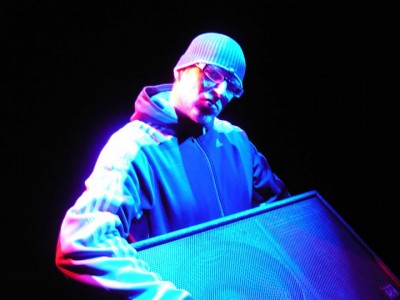 Alex Motu (a.k.a. Edo van Randen) has been active in the dutch-house scene since 1989. He started as a light-jockey in de â€œWaakzaamheidâ€ in Zaandam, where he was working together with Eelco Anceaux (Chemistry). Shortley after, he was asked by Jeffrey â€œAbraxasâ€ Porter, for sound and light support at Planet E. A weekly clubnight in the Koggestraat in Amsterdam. When Planet E had to close, Jeroen Flamman and his partner Jeff Porter, opened up the first and famous â€œSubtopiaâ€ after-boat behind the Central Station (scaffolding 14), where Alex, again, was responsible for the sound and lights as well as being a dj. This is where he played together with artists like Gino Lightner, Abraxas, Flamman, Jeroen Homan, Armando (USA), LFO (UK), Eddie â€œFlashinâ€ Fowlkes (Detroit), Juan Atkins (Detroit) â€¦and others.

Around the same time he sqatted a premises at the Joden Breestraat, corner Waterlooplein, together with Harrie Wildeman (â€œSupperclubâ€), and started up another weekly afterparty called â€œMorning Gloryâ€, where he played with artists like Per, Gino Leitner, Crazy Shaunâ€¦.and others.

Eventually in 1992, Alex and the â€œSubtopiaâ€ crew ended up in the north of Amsterdam where they rented a big loft (capacity 1000+) , and started a new weekly night called â€œTransitâ€. For about 6 months the whole crew played here together with DJjâ€™s like Per, Dano and Keoki (NYC).

Since then Alex organised several underground parties together with DJ Miss Wendy in and around Amsterdam, on locations like â€œMazzoâ€, â€œRepetitiehuisâ€, â€œOkshoofdâ€, â€œAkhnatonâ€, â€œCatacombeâ€ etc.

In the mean time he was also responsible for the promotion, together with Diana, and the decorations, together with Jarmo & Aphrodite (Ibiza, NL) of the hot and busy sunday night â€œHour Powerâ€ parties by Vandy Oâ€™ Mall (Powerzone) at â€œEscape Venueâ€ (Amsterdam) and the â€œAfter Hour Powerâ€ at the â€œLexion Venueâ€ (Westzaan).

And so he was also responsible for the lighting at the one and only number one afterclub of Amsterdam; the â€œDinoâ€™sâ€.

So these days he is producing his own music as well as organising his own TEC909, NOSHIT! and Club Cream parties [Netherlands], together with DJ Miss Wendy. And on thursdaynights to fridaymornings from 02.00 – 04.00hrs. GMT , he presents the Amsterdam Dance Radio show, together with DJ Miss Wendy and Bob Squat. This show is also broadcasted live on Salto 1 TV in Amsterdam and the North of Holland.