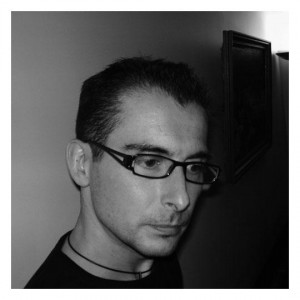 Itâ€™s in 1983 that the 1969 born Jemaho began his DJ career in a local radio in his birth town. From the start Jem, like his friends now call him, never played music like others would have done. Totally rejecting calibrated music, he was playing Funk music from guys like George Clinton, Parliament Funkadelic, P-Funk All Stars when others were trying to gain success by playing commercial stuff. He was then only 13 years old.

Following that Funky style, Jemaho gained his letters in 1989 by being one of the first in Belgium to play Chicago House Music in Belgium. He started then to take a step aside from the local radio, where he was then Program Director and took a residency in a Flemish Club called the â€œ55â€ in honour of â€œStudio 54â€. Like he used to say, the â€œ55â€ was for House what â€œStudio 54â€ was for Disco. His residency lasts until the last day of the â€œ55â€, along with his mate Jan V. After that he played as a guest in many clubs like the â€œCatacombesâ€ or the â€œCafÃ© Dâ€™Anversâ€.

1996 was the year he met Kalky when taking a residency in a little town. With him, Jemaho knew that House Music was alive. They played a lot together in many clubs but unfortunately House, and Deep House (what was for Jemaho his real true style) wasnâ€™t hype anymore in Belgium. After a divorce, Jem almost retired from the Deep House scene until 5 years ago where he saw in Internet an opportunity to revive his Deep â€œalmost mid-tempoâ€ House style thru the Internet. Thatâ€™s when a launched the well-known website NovaCasaJazz followed by the NCJ sessions. A passionate fan of Deep House music heard one of his mixes and asked him to take a residency on his own Deep-House website, deephousesounds.net run by his friend Ed Aldridge. Jemaho accepted the residency, for his own good, heâ€™s now one of the most appreciated Deep-House DJ throughout the world. To be continuedâ€¦