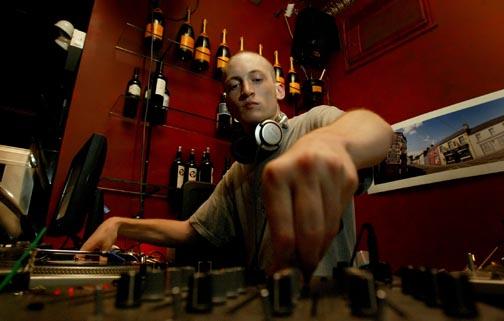 Born and raised in the Brew City (Milwaukee, WI), Neyno has been an avid music lover for as long as he can remember. Having been exposed to a diverse selection of styles through his family, it was his brother’s choice in music which intrigued him the most. Introducing him to the likes of M|A|R|R|S, Afrika Bambaata, Daft Punk, Herbie Hancock, Newcleus, and many others caused him to include these new sounds into his ever growing musical palette. Over the years his love of Electronic Music grew with his desire to discover more.

At the age of 16, Neyno took a trip to visit his brother in Memphis which resulted in him attending his first Rave. This would prove to be a life changing experience, because shortly after he purchased his first DJing setup and began the lifelong journey which he is still on today. As he started with Techno, UK Hard House, and Drum & Bass, he slowly had the rising feeling that there was something else out there that would feel more true to himself.

After picking up a few tracks on Paper Recordings, Chilifunk, MAW Records, and Greyhound he knew he was on the right track. After some more searching, a bit of luck, and some chance encounters, Neyno finally found his home in House. Not too long after making the transition in genre did he also make another transition in the course of his DJing. He became the first DJ asked to come on as a resident on the startup internet stream, Dogglounge.com.

Having watched the Dogglounge grow from an average of 5 listeners during his weekly show to an average of 140 in the last four years has been a fun and exciting exercise for Neyno. “House music has been the greatest release I’ve found in this life. I’ve always erred to the deeper side of things, and this too is reflected in my sets. House is more of a feeling to me than a genre of music. I do this for the joy, the love, the heart, the dance. For my own journey inwards. If I can make one person’s work day go by more quickly, turn a frown into a smile, stillness into a shake â€“ then it makes it all the more special. House is a spiritual thing, dance is my meditation, and the beat is my mantra. I hope we can share in this feeling called House.”